More about the black German Shepherd at chiefricksondouglas.blogspot.com
Posted by K-9 Trainer at 5:24 PM No comments:

Thank You Great One 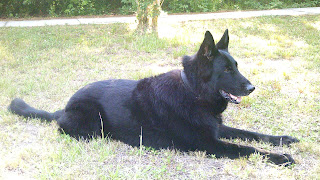 Chief Rickson Douglas was born in Daytona Beach, Florida.  He was a solid black, 105 lb, purebred, German Shepherd.  His sire was Maximillion’s Dark Shadow and his dam was Magical Midnight.  Apollo Creed Von Salemme and Champions Caralon’s JedI of Brookwood and Royal Crown’s Born A Star are on Chief’s pedigree.
At a year and a half, Chief started training in obedience, agility, and police personal protection at Rock’s Positive K-9 training.  He did 100 yard sends, escorts, building searches, and bites off of obstacles at The Complete Canine.  In Jacksonville, he did blind work and attack under gunfire.
Chief visited Jefferson elementary school classes and did tricks for the kids.  When he turned 10, I got him a membership at the USA’s #2 dog park, Dogwood Park.  He would get the other dogs to play on their back legs like a dance.  People there called him the Commander-In-Chief and majestic a lot.  He filmed videos at Alltel Stadium, Ademec Harley Davidson, Orange Park Naval Base, and Jacksonville beach.  I got him a membership at Atlantic Beach Dog Park for filming an instructional DVD on the boardwalk.  His favorite toy was a tennis ball.  He passed the AKC Canine Good Citizen test at 12 years old and entered the Greater Ft. Myers Dog Show in conformation a week later.
He defended our home and family with his life and he never failed.  Thank you for your love, honor, dignity, humor, fortitude, and dedication!  I thank God for the honor of owning- 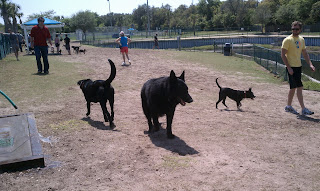 New dog training video available at prodogtrainingdvd.com featuring Jackonville, Florida!  It covers the entire lifespan of a canine!  Pick one up for the dog lover in your life!!!
Posted by K-9 Trainer at 6:10 PM No comments:

How to become a Professional Dog Trainer! 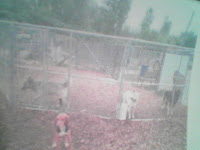 Hello dog lovers! It's a great day to be alive. This picture was taken at Rock's Positive K-9 Training and Rescue in Big Bend, WI. Becoming a true professional dog trainer is not as easy as it seems. One needs to work as a handler and an assistant while learning basic obedience and problem solving. Then it is neccessary to study animal behavior while working at a kennel. One must also learn different drives, instincts, and aggression. It is also crucial to know how to balance the different drives for personal protection work. Classroom study, lectures from trainers like Wayne Davis, reading books, and developing a specialty are all very important. Training with several dog trainers and learning a few different systems helps become a well rounded trainer.  Have a super day and train hard!
Posted by K-9 Trainer at 12:18 PM No comments:

Burgler I caught and turned over to cops! 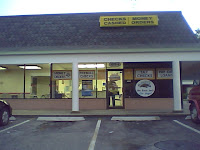 Late in the summer of 2005, I had quite an experience on a Saturday. I had worked a long week. I got home late on Friday night and forgot my wallet in my car. I went to my car that morning and found my wallet was missing. There was no evidence of a break in. I phoned the police and they said they would work on it. That did not sound like it was going to draw up any leads so I started brainscanning. My paycheck was in my wallet so I presumed the thief would try to cash it. I phoned all the nearby check cashing stores, told them what happened, and asked them to call me if they heard anything. About an hour and a half later, I was visiting with a friend when the phone rang. I got very excited because it a check cashing store and they informed me that a man was there trying to cash my check. My friend drove me to the store and when we got there he was still inside trying to cash my check. I waited outside and when he tried to leave I told him he couldn't. He began to run across the parking lot. I chased him, tackled him,  and then held him steady in an armbar until the police conveniently arrived about 5 minutes later(lol). I turned him over to the police and the court ordered him to reimburse me for everything which he did. He was so shaken up that he admitted to 22 other robberies in my neighborhood.
Posted by K-9 Trainer at 3:16 AM 1 comment:

My imput on Charles Darwin Article

Charles Darwin argued that tasks such as finding mates, food, and a path through the woods required problem solving. He attempted to explain how human intelligence developed also. He later learned through studies on earthworms that they have to make judgements about the kind of leafy matter they use to block their tunnels. Darwin said "(this) has surprised me more than anything else in regard to worms." Many people believed in behaviorism in the early 20th century, regarding animals as little more than machines.
Researchers at the Max Planck Institute for Evolutionary Anthropology heard about a border collie named Rico after he appeared on a German TV game show. Rico knew the names of 200 toys and he learned the names of new ones with ease. Scientists believe that Rico uses the same techniques to learn words as humans!
I witnessed a racoon carrying a half-full Aquafina bottle up into a tree. That was done speculatively so it would have water for later. I have seen my cat and dog show strong emotion, have human feelings, think a step ahead and you probably have too. A crow at Stanford University solves problems, creates and uses tools. An orangutan named Azy shows cognitive complexity. An African Cichlid at Stanford University determines social rank through observation. An African Gray Parrot named Alex counted and had a basic grasp of the abstract concept of zero. A Marmoset at the University of Vienna learns from and imitates others. A Western Scrub Jay named Psychobird recalls the past and remembers the future. These examples show that animals definitely do have deep thoughts, feelings, and alot of brain power.
Darwin's ideas about animals and evolution were meant to make him look more intelligent. He was not concerned with the future of our planet. He didn't believe in eternity or an afterlife. His theories of the big fish eating the little fish has caused many individuals to live their lives based on that idea. Those people are not trying to help their neighbor, think of future generations, or be decent people in general. They just want to be the big fish swallowing the little fish. With that mentality, no wonder they are not concerned with being fair, just, helpful, or friendly. This is showing that humans would rather gamble on Darwin than on God. Who do you want to bet your life on?
Posted by K-9 Trainer at 7:34 PM No comments:

Dog Training " Pulling on the leash"

This video shows solutions to your dog pulling on the leash.

Visit www.chiefricksondoulas.blogspot.com for more info about Chief!
Posted by K-9 Trainer at 3:06 PM No comments:

A local fireman in Jacksonville took this picture. We ate some great food and entertained some local kids at the San Sousi Festival! 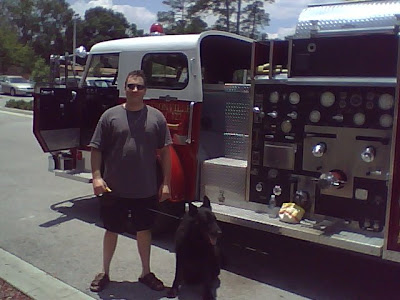 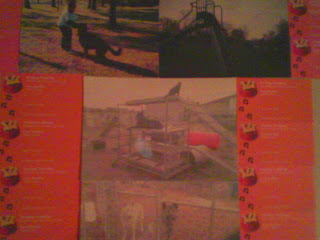 The weather is heating up quicker than we realize right now. Remember not to leave you canine unattended in your vehicle and make sure water is available 24/7. Tricks are a very important part of communication with your canine. Tricks broaden a canine's vocabulary as well.
Posted by K-9 Trainer at 8:33 PM No comments:

Just an average day at the beach!

Be a bear trick